This songs has been heard live by 328 users. 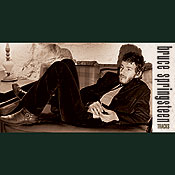 
We drove down into Memphis, the sky was hard and black
Up over the ridge came a white Cadillac
They'd drawn out all his money and they laid him in the back
A woman cried from the roadside "Ah he's gone, he's gone"
They found him slumped up against the drain
With a whole lot of trouble running through his veins
Bye-bye Johnny
Johnny bye-bye